Last month we ran a survey on our website to learn more about our users and gather your views on how to improve Kanji alive. We ran the survey for three weeks until we collected 100 anonymous responses.

Below are the full responses to each question. We’ll follow-up with a summary and discussion in a future post.

Q1. How long have you been studying Japanese? 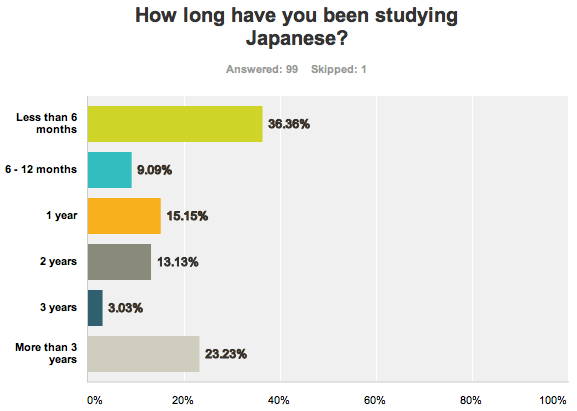 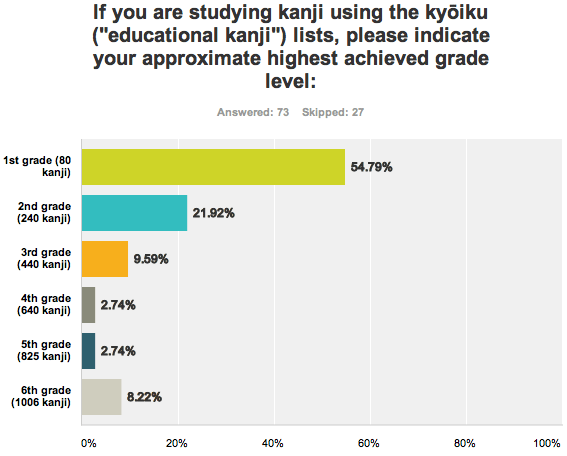 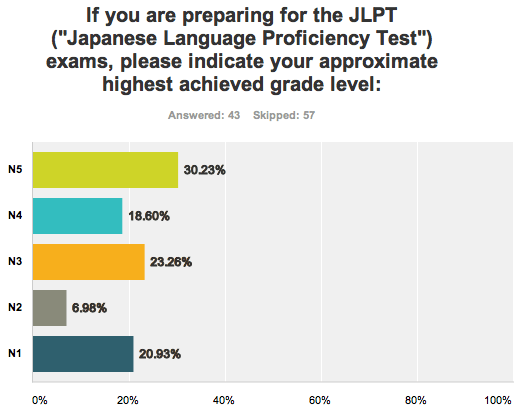 Q1. If you *regularly* use a Japanese textbook for studying kanji, please select it here (more than one selection is possible): 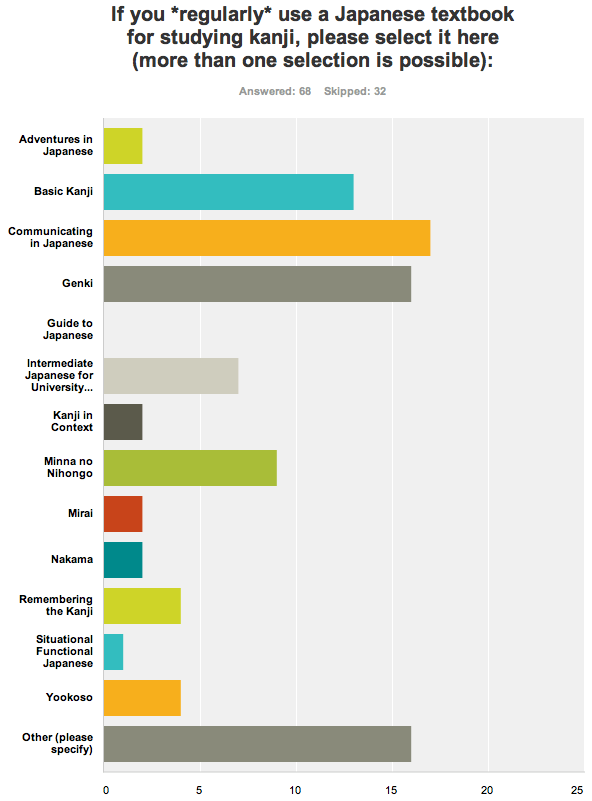 Under “Other” textbooks, the following answers were recorded:

Q2. Please list any websites or online resources you *regularly* visit to help you study kanji (more than one selection is possible): 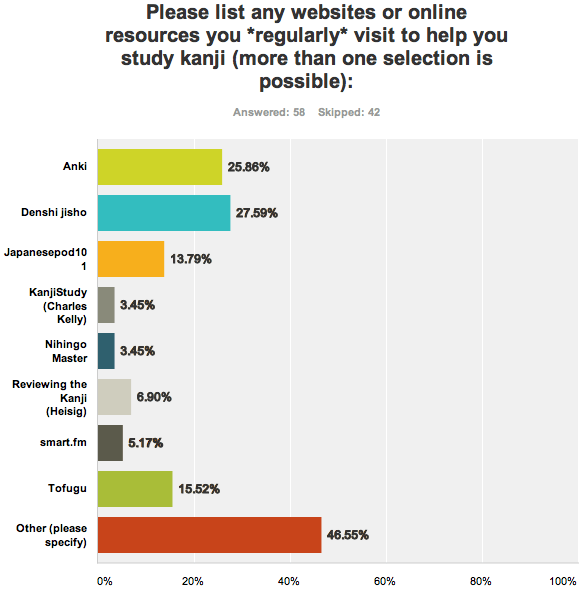 Under “Other” online resources, the following answers were recorded:

Q3. What is the *most valuable* feature of your preferred online resource?

Q1. How often have you used Kanji alive (https://kanjialive.com)? 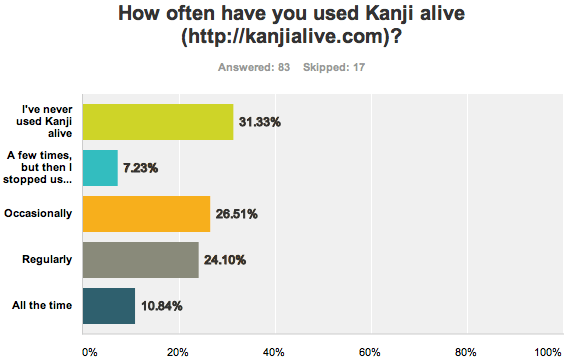 Q2. What about Kanji alive do you find *most* useful? (more than one selection is possible): 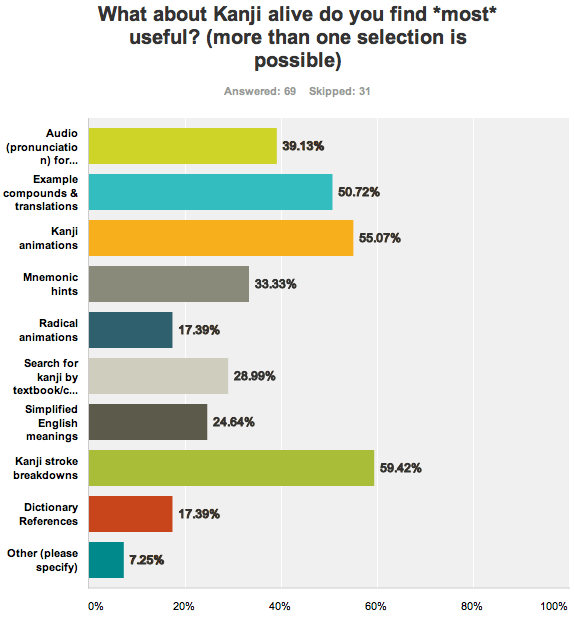 Under “Other” useful features, the following answers were recorded:

Q3. What do you find least useful / most annoying about Kanji alive?

Q4. If you could add *any new feature you desired* to Kanji alive, what would it be?

Please feel to use the comments section below if you didn’t have a chance to fill out the survey.